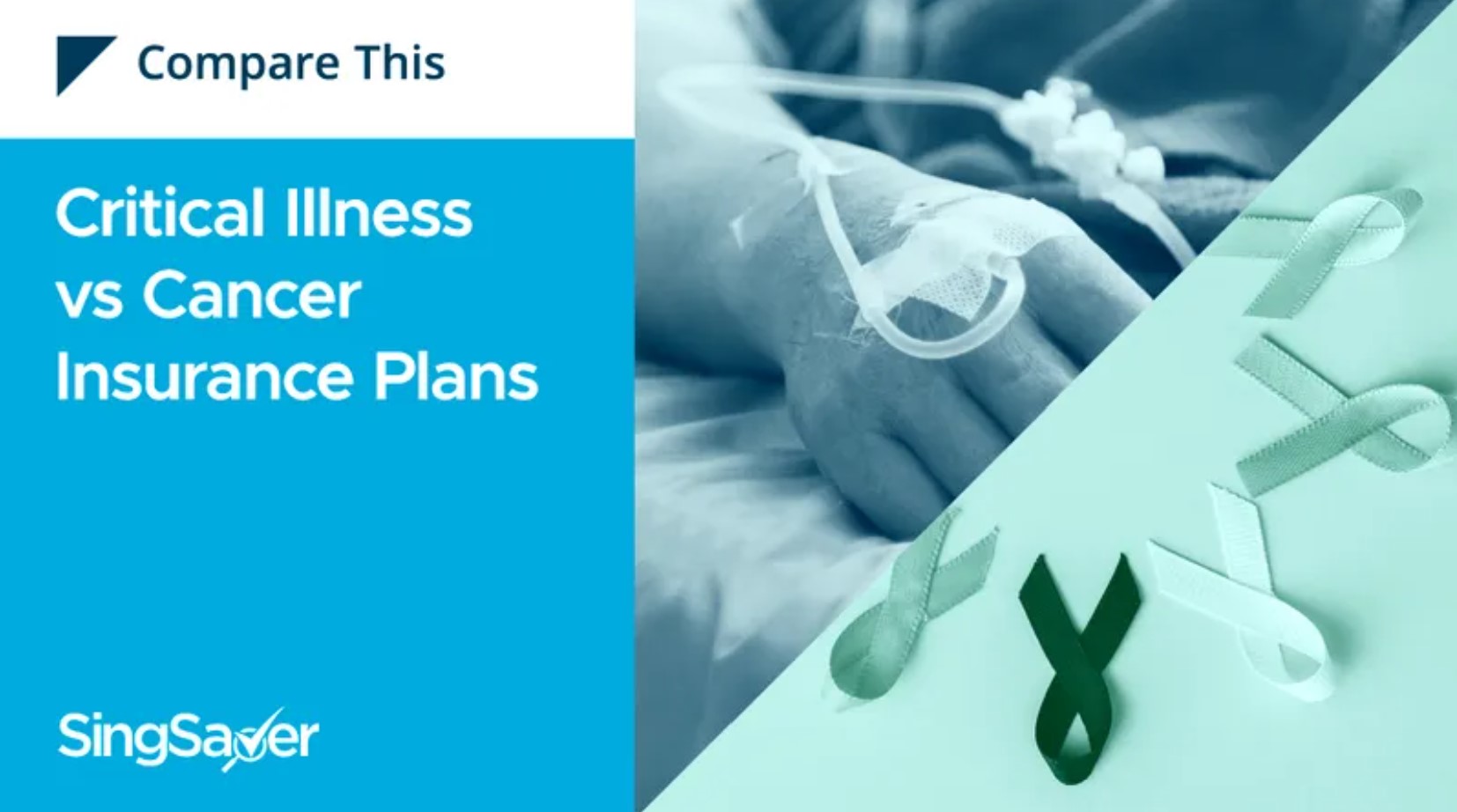 Find out what's the difference between a critical illness vs cancer insurance plan with an exercise footwear analogy!

Here’s the lowdown on the differences between critical illness and cancer insurance plans:

Why get a critical illness plan or a cancer insurance plan?

Here in Singapore, our MediSave,  MediShield Life and Integrated Shield Plan help to pay for our medical costs. This includes hospital bills and selected costly outpatient treatments such as dialysis and chemotherapy for cancer.

Medical costs aside, you could incur additional costs during the entire course of cancer, from screening to recovery, of which some are not covered by your health insurance plans. Examples include medical supplements, mobility aids, transport costs, or the loss in income.

Critical illness plans and cancer insurance plans provide lump sum payouts, which you can use to help cover these extra costs.

That said, what are the key differences between these two types of insurance plans?

This payout can be used to help reduce your financial burden, whether it’s to cover your medical costs, mobility aids, health supplements or just about any other costs you incur while on your road to recovery. It can also help to cover your general living expenses or even the potential loss in income or savings.

The LIA recommends that an average working adult should have about S$316,000 in critical illness coverage, about 3.9 times the average annual pay of $81,663. Here are some of the best critical illness plans in Singapore.

It is common knowledge that early detection and treatment of cancer could lead to better outcomes. If you’re looking for cancer coverage even in the early stages, this is where cancer insurance plans come into play.

For an early stage diagnosis, some cancer insurance plans such as TIQ Cancer Insurance and FWD Cancer Insurance give 100% payout; while others such as MSIG CancerCare Plus plan might provide partial benefit payout, with the remaining sum assured to be paid out in the future should the cancer return.

In terms of affordability, cancer insurance plans are far less taxing on the wallet than critical illness plans.

You can get a sum assured of S$50,000 for less than S$100 in premiums each year. Coverage can also go up to S$200,000, depending on how high you need your coverage to be. Cancer insurance plans are typically policies that are renewable annually. As premiums ultimately depend on your age and health, this also means that your premiums are likely to increase year on year as you age.

The big question: Which C-word should you get?

A critical factor to consider is your financial situation and whether you can afford to get both types of insurance plans. If you’re cash strapped, it depends on your priorities — can you spare the cash for a critical illness plan, or would you prefer to first protect against cancer at a lower cost?

Critical Illness Insurance: 5 Common Misconceptions You May Have About Critical…

The Best Plan to Make For Your Future: Retirement Planning

SingSaver Aug 5, 2021 0
Paying for long-term insurance coverage within the best years of your working life has its perks. Here’s your guide…

Critical Illness Insurance: 5 Common Misconceptions You May Have About…

Let us help with your financial planning needs

Simply drop us your details and our team of financial planners will be in touch within 24hrs!